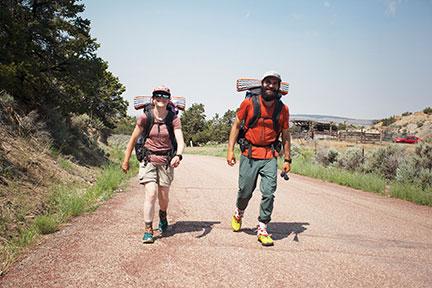 Renee Miller and Tim Beissinger trudge along a portion of the Continental Divide near Cuba. Stephen Montoya photo.

What started out as a fun pastime has become a way of life for two hikers going the distance of the Continental Divide on foot.
This nearly 5½-month trek is one of many for long-time hiking partners Renee Miller and Tim Beissinger.
In fact, Miller and Beissinger have made a name for themselves on several social media platforms, amassing 1 million followers on Tik Tok, chronicling their camping skills along each hike.
The theme for this year’s hike is the Continental Divide, and they happened to pass through Cuba recently on their first leg of the journey.
“It was my idea at first to do a ‘thru’ hike,” Miller said. “Tim said I was crazy, that we should wait until we were retired, but after some persistence, we found ourselves doing this.”
According to the couple, a “thru” hike is one that starts at point A and ends at point B.
“A loop backpacking trip is not a thru hike,” Beissinger said. “But a walk where your finish point is different from your starting point is a thru hike, which is 100 or more miles.”
Miller said she and Beissinger started out slow, only taking a few small circular hikes, and then pushed themselves to move farther.
“We got into this because we felt like something was missing and weren’t happy just working all the time,” she said.
According to Miller, doing a long hike becomes a simple routine because of the repetition of what needs to be done.
“The life is simple,” Beissinger added. “You put your tent up, you filter your water… you walk and you eat, and that’s easy, free and fun.”
Over the past few years, Miller and Beissinger have hiked trails in Germany and the Pacific Crest Trail off of the coast of California.
“I grew up camping,” Beissinger said. “But I didn’t do anything extreme until I met Renee in college. That’s when we started backpacking and camping all the time.”
This hike marks the couple’s second thru hike, which will take them the better part of five months to complete.
All this time in the wilderness begs the question of how Miller and Beissinger make a living with so much time devoted to these long hikes.
Miller said she quit her job as a mechanical engineer to do this hike, and Beissinger said he works from the road as a professor of plant genetics, sitting in on Zoom meetings when he can.
“I was just in a meeting this morning from our hotel in Cuba,” Beissinger said. “I have it where I can work about 60 percent of the time and still do these hikes.”
On an average day, Miller and Beissinger say they can cover nearly 20 miles; when they entered Cuba, they had already covered 360 miles of their trek, leaving 2,360 miles.
To aid with the longevity of their journey, Miller and Beissinger prepacked nearly 100 meals and some gear for a family member to send to them at different locations along their route.
“My mom is mailing (the packages) to us for this hike,” Miller said with a smile. “Here we are in our 30s and my mom is still sending me food.”
Beissinger said having the packages sent throughout the hike makes hauling gear much easier.
“If you were to take out the food and water from our packs, we usually haul around 8 to 9 pounds worth of gear,” Beissinger said. “Just very little stuff. The gear challenge is figuring out what we don’t need, not what we do need.”
To help supplement what they carry, Beissinger said, 95 percent of hikers do most resupplying in gateway towns near long-distance trails, like the town of Cuba.
“This is what makes a thru hike possible, versus a month-long or a two-week hike,” he said. “Gateway towns play a huge role in the supply chain when you are hiking for five months at a time.”
Besides the need for supplies, Miller and Beissinger say they are prepared for an emergency.
“This is why we hike in pairs,” Beissinger said. “If one of us gets hurt, the other will look for cell phone range and dial 911. We are alert for this hike, especially because of the lack of human contact in remote areas.”
Miller and Beissinger said they haven’t seen many hikers on the Continental Divide, which hosts around 400 people annually.
“We have seen as many bears as we have people,” Miller said. “This hike, in honesty, can be a little lonely.”
Beissinger said the flipside of this is being able to observe super-remote areas that have remained untouched for many years.
“The landscape is amazing,” he said. “Over the course of a day or two, we can see the full cycle of an ecosystem.”
Beissinger and Miller said they walked through an area where they could see a forest fire in the distance and then hiked through a burned area. As the day continued, they walked through an Aspen forest, which turned into a mature forest.
“That’s 100 or 200 years of forest,” Beissinger said. “And we witnessed all of this in a day of walking.” 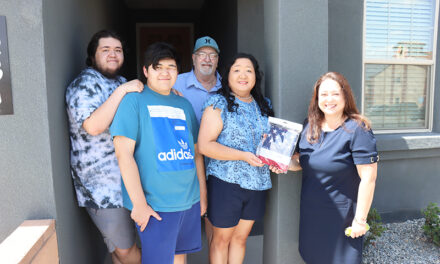 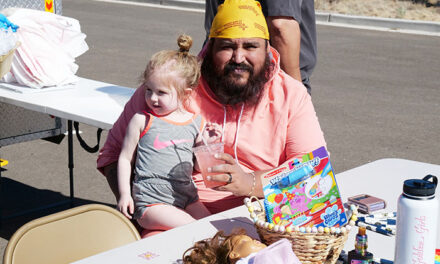