Rio Rancho High School Activities Director Bill Duncan is set to retire in June after a decade and a half of leading the Associated Students. Gary Herron photo.

His energy fading, longtime Rio Rancho High School Activities Director Bill Duncan decided it’s time to retire.
He’s led the Associated Students since the 2005-06 school year. Duncan’s last day on the job is June 30.
The New Jersey native, who turns 58 later this month, grew up wanting to be a sports broadcaster, and took what he figured to be the first steps in that career by attending the University of Texas.
“I studied broadcasting and journalism; I got my bachelor’s in journalism there,” he said. “I met my wife (of 36 years, Linda) there. Going away to Texas from New Jersey changed my life.”
After graduation, he worked for an AM station out side of San Antonio, Texas, doing high school football play-by-play
“I got to cover sports, which is what I always wanted to do. But I got tired of that — I just got burned out on it,” he said.
He and Linda moved to New Mexico once she obtained an internship at Kirtland Air Force Base. An aunt inspired Duncan to get into teaching.
“I got my teaching license and got hired as Los Lunas’s yearbook adviser in 1995. So I parlayed my journalism background into being yearbook advisor; I taught there for a year and a half,” Duncan said.
When the couple moved to Germany for a job opportunity for his wife, Duncan taught for five years in Department of Defense schools. After they returned to the U.S., Duncan was hired as West Mesa High School yearbook adviser in 2002.
“That’s when I got the bug to look at doing something beyond classroom teaching,” he said.
He obtained his master’s degree from the University of New Mexico, coupled with encouragement from others who saw him as a good leader.
“I saw a need and I saw an opportunity … to have an impact on an entire school, to shape a school’s culture and things. That’s what got me interested in being an activities director,” Duncan said.
He was hired at RRHS, replacing former activities director Amanda Bader. His time at Los Lunas and West Mesa high schools as a yearbook sponsor prepared him well for the job because it made him knowledgeable about everything happening on campus.
“So it made sense; it was a good fit,” he said. “I feel it was destiny that brought me here.”
Duncan said the last three years have been hard on him physically, mentally and emotionally.
“I wanted to be able to do the job the way I’ve been able to do the job — I don’t want to stay too long,” he said. “Don’t get me wrong; I love my students and working with the students and the staff, but there were just a lot of things that were really making it hard.
“I think there’s a finite well, I guess, or pool that you drill into and get energy out of,” he explained. “After a while, you have to drill deeper to get that energy and it gets harder to drill, and then I felt like I was kinda hitting bedrock.”
Duncan said for Associated Students, he typically has 100-150 freshmen through seniors working to make school more meaningful for the 2,500 or so student body.
RRHS, where he’s been assisted by Class of 2000 alum Christine Carson, hosted the International/National Association of Student Councils National Convention in 2015, and has done other things “establishing a positive culture and climate here for our students and our staff, and we’ve established some really cool traditions.”
Among the latter:
• The Moving-Up ceremony, held on the first day of school.
“The ceremony starts off with the seniors section vacant. Then the new seniors ‘move up’ from the junior section into the senior section. Then the new juniors and sophomores do the same,” he explained. “After that, the new freshman class enters the gym and takes its seats in the now-vacant freshmen section…
“It demonstrates the best in teens; given the chance, they will rise to the challenge,” he said.
• The Big Event, a community-wide student service day begun in 2008 in which students rake, shovel, paint, clean — do whatever is requested by older residents — inspired by a Parade magazine article his wife pushed his way.
He said RRHS is the only high school in the state with his project.
His advice for his successor, yet to be chosen:
• Listen to the students;
• Don’t be afraid to try new things; and
• Don’t be afraid to ask for help.
Enjoying retirement, which might include being an author, is next on his list, as well as traveling with Linda.
“I don’t want to be on a schedule,” he said.
“Bill has been the face of RRHS student body for 16 years,” said former Principal Sherri Carver. “He’s motivated, encouraged, inspired and cultivated those leadership skills for thousands and thousands of kids.
“I’m happy for Bill, but I’m very sad for RRHS.” 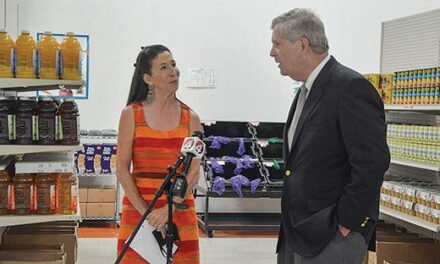 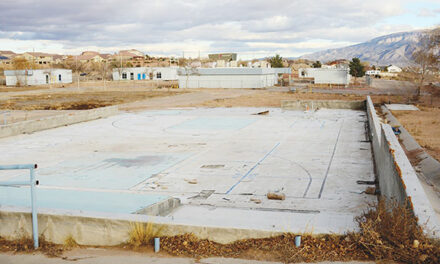