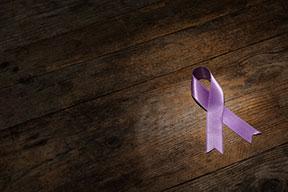 A survivor of intimate partner violence left her abuser after 19 years.

Intimate partner violence (IPV) is when someone in a close relationship experiences abuse or aggression from their partner. This includes physical, sexual and psychological abuse, according to the U.S. Centers for Disease Control and Prevention.

According to the CDC:

•About one in 10 men and about one in four women have experienced physical and contact sexual violence, as well as stalking by a partner during their lifetime, and have reported some form of IPV.

• Over 38 million men and 43 million women experienced psychological abuse by an intimate partner in their lifetime.

IPV survivor Gina, last name withheld for privacy, said she utilized a shelter once but was able to live with her family and receive their support as she left her abuser.

Gina said her family has always been supportive and through the years of abuse, her mom’s words of wisdom rang in the back of her mind.

“One day you will decide when to leave him,” is what Gina’s mother would tell her.

Gina came from a working-class family with her parents separating when she was 2. Gina was the youngest of five and her mom worked three jobs to support them.

A self-described rebel, Gina said she would get into fights in high school. When she was 16 years old, she married her abuser.

“The first time he abused me, he said something to me and I responded by a punch and his form of abuse was choking… Other people (say), ‘OK, well, you were the abuser,’ because I was a puncher, but no. This man would go to the form where he would try to kill,” Gina said.

He lifted her by her neck and threw her into a brick wall, she said.

“And it wasn’t so much the physical abuse that hurt; it was more the emotional abuse. Because you really love somebody and you’re like, ‘Wow, young love, why would you do this to me?’ So, I stuck around; I consulted with my mother — who I was very close to — and she would say, ‘You made the choice to move; you can come home,’ but I chose to stay,'” Gina said.

Her then-husband came from a wealthy family. Her father-in-law was a corporate attorney with connections to judges, she said.

“You can’t justify (saying that) coming from a poor house, they are going to become an abuser. No, it comes from every socioeconomic status, every class, every race,” she said.

Her abuser was a drug dealer and abused alcohol and other substances.

“I would do pure methamphetamine because I wanted to be skinny. He would do pot, he would do cocaine and he would do everything,” she said.

Gina was addicted to drugs for about six to 10 years, she said. At age 24, she became pregnant and stopped using drugs.

The abuse continued during her pregnancy, so for her last trimester, she lived with her mom. After having her daughter, Gina went back to her husband. She stayed because she loved him and thought the relationship was normal.

“When you love somebody with your whole heart and soul, whether it is a codependency, or whatever the condition is, it hurts to leave them,” Gina said.

She said about her daughter, “He never abused her; she was a princess. She was his queen of the house.”

Her abuser had been to court for the violence Gina faced, but he had never served jail time for it, she said. He went to anger-management classes and counseling as ordered by the courts, but he kept drinking and mentally and verbally abusing his wife.

“But he came home one day after drinking — he had a bad day at work — and the words of wisdom would come into my head,” Gina said.

He fatally shot her dog multiple times because it had killed his hen. If Gina had reported his abuse again, her husband would have faced three years in jail.

That was the day Gina left him. Her daughter was about 6.

“He started to shoot the dog, and I told him, ‘You get your guns and you get yourself and you go to your father’s,” Gina recalled.

She said this was the first time he scared her daughter and that was a line not to be crossed.

“So, my success story out of all that: I divorced him — it was nice. I just took my kid, my car and my truck, and I just needed $5,000. He could have the house, he could have whatever he wanted and for the first time I learned to be selfish,” Gina said.

She bought her own house and attended college. Gina received an undergraduate degree in science and management and two master’s degrees, in social work and business administration.

She worked for the City of Albuquerque for 25 years before retiring.

Gina is remarried to a wonderful man, she said.

“I was very timid back then, but I think college helped me with that. It showed me my independence; it helped me grow as a person and now you can’t shut me up,” Gina said.

She said she found enlightenment in education by understanding the behavioral science behind her abuser.

She said she was able to cope with family support, faith and music.

“If I could help somebody I would say this: ‘You know what, you can survive this. And you just got to do some soul searching.’ Because people would look at me and say, ‘You’re a recovered drug addict? You survived 19 years of domestic violence?’ I am so proud of that — I am boastful about that — to say, ‘Hey, I survived all this stuff,'” Gina said. 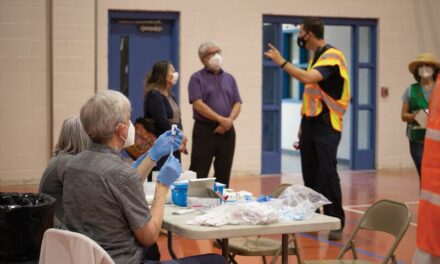 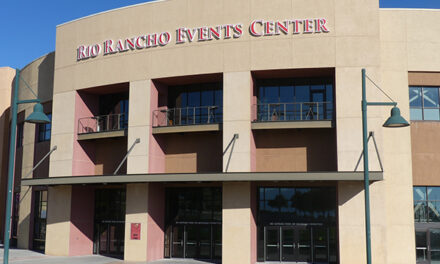 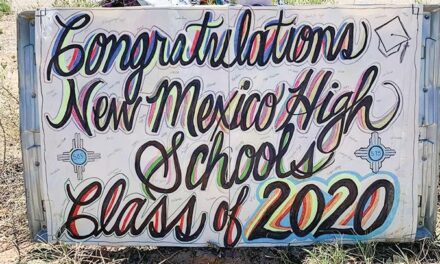