CUBA — The simple joy of seeing rabbits, birds, steers and other livestock in person provided that much-needed semblance of normalcy for youngsters converging on the Sandoval County Fairgrounds for the 2021 4-H Fair.

“I felt like this year I had something to look forward to,” said Anna Jacobson, 14, of Jemez Springs. “Last summer, I kept asking my dad, ‘Are we even going to have a fair this year? What’s going on?’ It’s great. It just feels really good because we’re back in person.”

With 70.8 percent of Sandoval County residents fully vaccinated as of Monday, the 65 exhibitors — predominantly Sandoval County youth, with a few Rio Arriba County kids — were back in action Wednesday through Friday, returning to seeing animals up close. Indoor 4-H competitions such as cooking, sewing, photography and many other subjects were also in-person again. The 4-H Fair concludes Saturday.

That alone made this year’s competition a far cry from 2020. 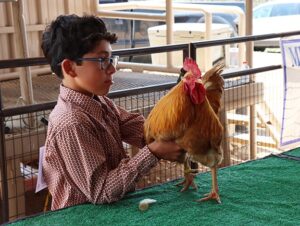 Marcos Casaus of Cuba prepares to showcase his rooster, Oro, during the 4-H poultry show on Thursday, Aug. 5, 2021, at the Sandoval County Fairgrounds in Cuba.
Matt Hollinshead/Observer

“It’s so exciting. It’s nice to be back to normal, at least a little bit, and to finally show again,” said Taylor Moore, 18, of Corrales. “To be in-person, to talk to other people, show against other people and have an actual competition feels like an accomplishment.”

Walking across the dirt and hay of Leeson Arena. Hearing hens and turkeys cluck. Seeing other people in their attire. The exhibitors sorely missed it all.

“It’s kind of weird not being around animals… I was not used to it at all… There was no competition to look at,” said Orion Montoya, 16, of Torreon, located in western Sandoval County, of last year’s fair. “It feels really good (to be back). I actually like it a lot, just the feel of nature and animals, getting to take care of them, show them.”

In 2020, the COVID-19 pandemic robbed exhibitors of the chance to see any animals but their own in person.

They were forced to gaze upon their competition, and the contest judges’ rulings, via online format, all while having to settle for a video and photo submissions of their own animals.

It wasn’t the intimate, interactive experienced these kids are accustomed to.

“I don’t know how the judge did it last year over virtual, so it was kind of hard,” said Gavin Garcia, 13, of Bernalillo.

Now the hiatus is over, which made the occasion even more special for the competitors.

“Now that we’re back, that was pretty nice to see all these people back,” Garcia said. 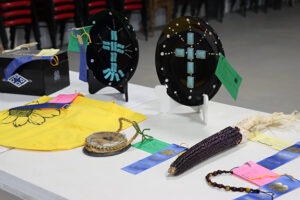 Items from the 4-H indoor arts and crafts show will be on display through Saturday, Aug. 7, 2021, at the Sandoval County Fairgrounds in Cuba. Categories include natural science, engineering science, animal science, home economics, creative arts and hobby crafts. The competition itself was held on Wednesday, Aug. 4, 2021.
Matt Hollinshead/Observer 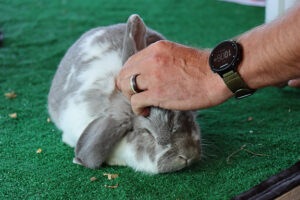 A rabbit named Thumper, owned by Abigail McSween of Corrales, is judged for fur quality, ears, feet and other characteristics during the 4-H rabbit show on Thursday, Aug. 5, 2021, at the Sandoval County Fairgrounds in Cuba.
Matt Hollinshead/Observer 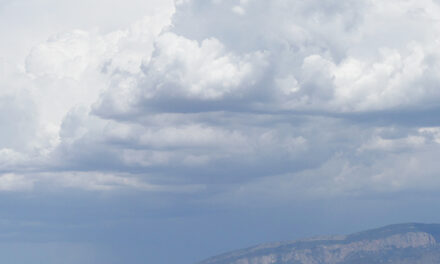 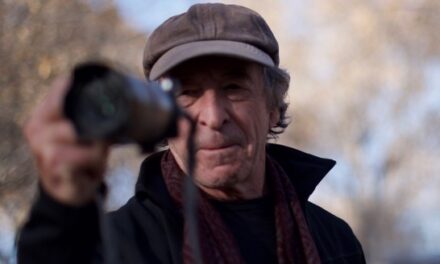 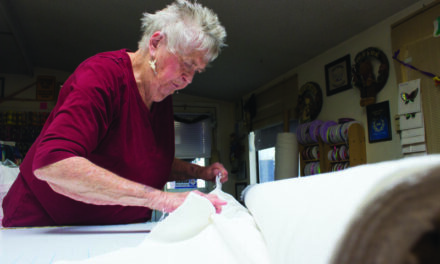