Man charged with 3 robberies in 3 weeks

A Rio Rancho man has been charged with robbing three businesses in three weeks last month.

Herwyn Garcia, 41, is charged with three counts of armed robbery and two counts of felony possession of a controlled substance. As of Wednesday, he remained in Sandoval County Detention Center in lieu of a $5,000 cash-only bond, according to Sandoval County Magistrate Court records.

According to a criminal complaint Rio Rancho Police filed in magistrate court, a man matching Garcia’s description robbed the Starbucks near Southern Boulevard and NM 528 on Nov. 3, the Baskin Robbins on Southern on Nov. 21 and the Dollar Tree at Southern and Unser Boulevard on Nov. 23. In each robbery, the man brandished a black handgun and demanded money from employees.

Rio Rancho Police Capt. Joel Holt said a fourth robbery occurred about the same time, but he didn’t release further information about that incident. The criminal complaint didn’t mention it.

“The robberies appeared to be committed by the same individual around a certain time frame,” Holt wrote in an email. “The Criminal Investigations Division identified the pattern and came up with a plan to catch the suspect in the act.”

On Nov. 24, officers were watching businesses that had been victims of recent armed robberies. Surveillance footage from those incidents had shown a maroon Ford Taurus with after-market wheels, according to the complaint, and such a car parked at the Albertsons on Ridgecrest Drive.

The male driver, who matched the description of the armed robber, went into Albertsons while a woman waited in the front passenger seat. Officers detained both when the man got back in the car.

Investigators identified the man as Garcia. After arresting him, they found he had 25 fentanyl pills and what appeared to be methamphetamine, according to the complaint.

An officer wrote in the complaint that Garcia admitted to robbing Baskin Robbins after being dropped off by the woman and her sister, as well as robbing Dollar Tree.

He didn’t confess to any other robberies in Rio Rancho, but the suspect in the Starbucks incident wore the same clothing as the robber at Baskin Robbins and matched Garcia’s description.

Holt said detectives were working with surrounding law enforcement agencies to see if Garcia is implicated in any other crimes. The investigation is ongoing.

Courts had no record of the woman being charged as of Wednesday.

No attorney was listed for Garcia.

State offers big bucks with limited use to cities, businesses 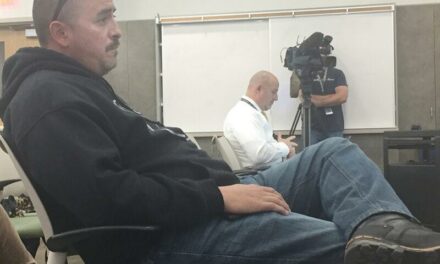 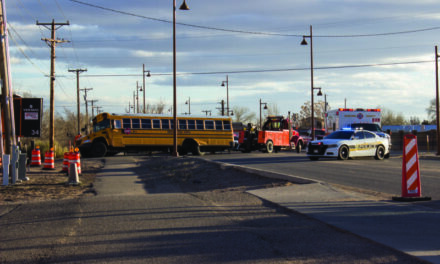 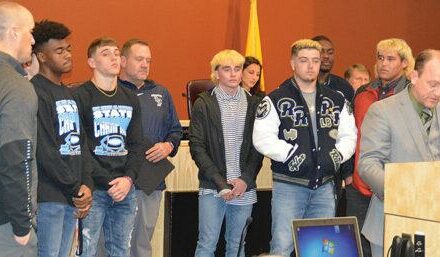